Borland was arrested and charged in May 2018 in connection with his role as owner and principal the Belize Infrastructure Fund I LLC, according to the Department of Justice, which alleged he “induced investors to contribute over $21 million into the construction of an airport in Belize by promising a high rate of return, which was secured by real property owned by the fund.” In fact, according to the charges, some of that property did not exist, and Mr. Borland used investors’ funds for his own personal expenses, included private school tuition for his children, membership to a beach club, and luxury vehicles. According to the charges, he solicited and received about $21.9 million from about 40 investors, representing that the funds would be used for the construction of a Belize airport. Despite his representations that the investments would yield high rates of return, according to the charges, “all known investors in the scheme lost money.”

In a statement made when charges were announced, the US Postal Inspection Service Inspector-in-Charge said, “Brent Borland allegedly lied to investors and inappropriately used their investment funds to finance a life of luxury. Postal Inspectors remind investors, where there is high reward, there is high risk. If an investment offer sounds too good to be true, it’s most likely a scam.” United States Attorney for the Southern District of New York Geoffrey Berman said, “Cases such as this serve as a cautionary tale for investors – always carefully vet your investments – and if something seems too good to be true, it probably is.”

END_OF_DOCUMENT_TOKEN_TO_BE_REPLACED

News reports and publicly available records provided by the Financial Industry Regulatory Authority (FINRA), accessed on August 9, 2018, indicate that former Wells Fargo Advisors broker/adviser Mike Frew, who has been sanctioned by FINRA and barred from acting as a broker, was recently arrested in connection with an alleged Ponzi scheme. Fitapelli Kurta is interested in hearing from investors who have complaints regarding Mr. Frew (CRD# 812805).

According to his BrokerCheck report, Mike Frew has received nine customer complaints and two regulatory sanctions.

END_OF_DOCUMENT_TOKEN_TO_BE_REPLACED 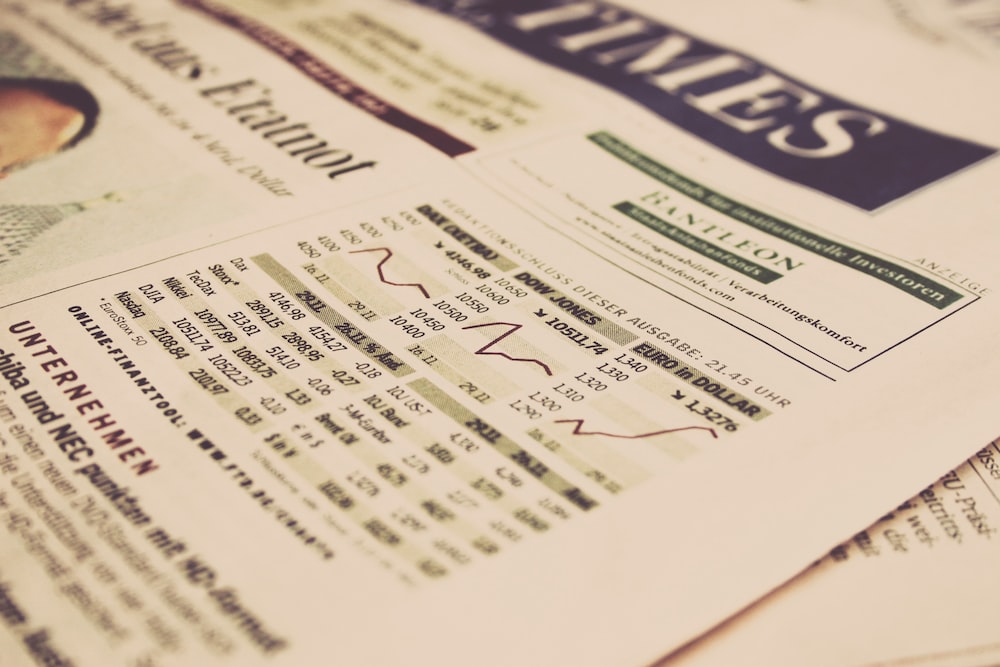 Publicly available records provided by the New York Attorney General’s Office and accessed on July 11, 2018 indicate that the state’s Attorney General, Barbara Underwood, has obtained a grand jury indictment of financial advisor Thomas Lagan, as well as former judge Richard Sherwood, in connection to allegations that the two “orchestrated a complex scheme to steal millions from trusts they were supposed to protect.” Fitapelli Kurta is interested in hearing from investors who have complaints regarding Mr. Lagan.

According to the state’s complaint, the defendants offered estate planning and related service, both legal and financial, to “Capital Region philanthropists Warren and Pauline Bruggeman and Pauline Bruggeman’s sister, Anne Urban, since at least 2006.” Each of these clients had created a revocable trust, with sub-trusts for Anne Urban as well as Pauline Bruggeman’s other sister, Julia Rentz; there were also “other funds… to be awarded to Anne Urban and Julia Rentz outright” after the Bruggemans’ deaths, per the complaint. When the Anne S. Urban Irrevocable Trust was established in 2007, “using some of the funds from the Bruggeman trusts,” Mr. Sherwood was named as Trustee while Mr. Lagan was named as a Successor Trustee.

The complaint alleges that funds through the Anne S. Urban Irrevocable Trust were improperly disposed: though one sub-trust containing about two million dollars was intended “to be returned to the Pauline Bruggemen Revocable Trust for distribution to six named charities upon Anne Urban’s death,” according to the complaint, those funds were instead disposed through the Anne S. Urban Irrevocable Trust “primarily for the benefit of Sherwood and Lagan.” The defendants also allegedly participated in a conspiracy “to deceive an Ohio attorney” into transferring more than two million dollars’ of Julia Rentz’s funds to the trust, “under the premise it would be sent to charity,” when in fact Mr. Sherwood and Mr. Lagan “shared” the funds. The complaint states that they created an entity called the Empire Capital Trust “to benefit themselves,” funding it with more than $1,000,000 in ill-gotten funds: “In January 2015, they allegedly transferred $3,598,908 from AUIT to a Trustco Bank account in Sherwood’s name and $2,693,865.92 from the AUIT to a Trustco Bank account in Lagan’s name.”

END_OF_DOCUMENT_TOKEN_TO_BE_REPLACED 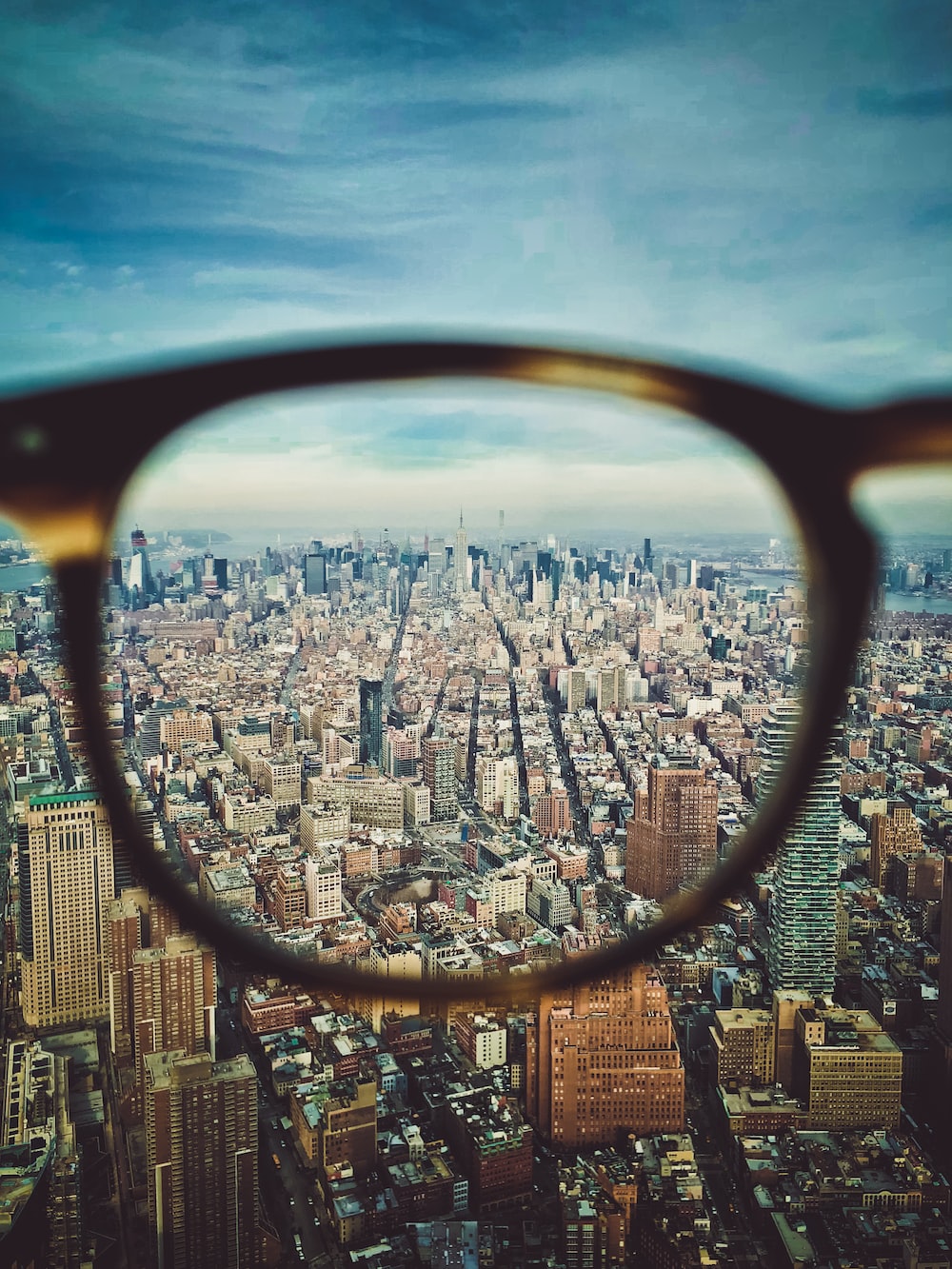 A Securities and Exchange Commission (SEC) release published on May 24, 2018 reports that the SEC filed fraud charges against two executives of a microcap company, E-Waste Systems, alleging they defrauded retail investors in a “penny stock scheme.”

Filed in the federal court in the District of Columbia, the complaint alleges that Niel Martin Nielson, CEO of E-Waste Systems, Inc., defrauded investors “by orchestrating a scheme to artificially increase the company’s share price and volume.” He allegedly entered into a “series of sham contracts,” made false and misleading statements to investors, and “booked false revenue” so as to give the impression that E-Waste Systems was quickly expanding its operations across the US, Europe, and Asia, when in fact it had “virtually no operations,” according to the complaint. The SEC alleges he perpetrated the scheme with Carolyn Susan Johnson, E-Waste’s Secretary and Treasurer, who has consented to the entry of a final judgment on these and other charges in federal court in the Southern District of Ohio.

The complaint against Mr. Nielson specifically states: “Nielson, who was the CEO, President, and sole director of EWSI, issued frequent false and misleading statements in press releases and public filings to create the false impression that EWSI was expanding quickly across the world and, by mid-2013, earning millions of dollars in revenues each quarter. The reality was that EWSI had no or virtually no operations at any point in time.” It continues to allege that most of E-Waste’s agreements with third-party recyclers and other companies “had no economic substance,” and that certain of the subsidiaries it was ostensibly using to conduct business were either dormant or had not yet been formed. The complaint states additionally that E-Waste Systems neither directly nor indirectly managed or operated any businesses in China and thus did not have any legitimate basis for reporting revenue from that country. “Nielson had simply agreed to pay the owners of companies in China and individuals affiliated with a consulting firm in China to provide EWSI with financial data at the end of each quarter, which EWSI then reported as part of its consolidated financial results, creating the false appearance of growth and success,” according to the SEC.” These and other actions, according to the SEC, “artificially maintained and at times artificially increased EWSI’s share price and trading volume,” allowing Mr. Nielson to sell millions of E-Waste Systems shares into the market and profit from the artificially increased prices as well as cause harm to “innocent investors.”

END_OF_DOCUMENT_TOKEN_TO_BE_REPLACED

Publicly available records provided by the Financial Industry Regulatory Authority (FINRA) on May 17, 2018 indicate that Arizona-based First Allied Securities broker/adviser Ronald McCook is involved in a pending customer dispute. Fitapelli Kurta is interested in hearing from investors who have complaints regarding Mr. McCook (CRD# 4155186).

END_OF_DOCUMENT_TOKEN_TO_BE_REPLACED

Public records published by the Financial Industry Regulatory Authority (FINRA) and accessed on May 16, 2018 indicate that former Florida-based Raymond James Financial Services broker/adviser Stefan Pastor, who is involved in a pending customer dispute, was discharged from his former employer in connection to alleged rule violations and is currently not affiliated with any broker-dealer firm. Fitapelli Kurta is interested in hearing from investors who have complaints regarding Mr. Pastor (CRD# 5141819).

Stefan Pastor has spent eleven years in the securities industry and was most recently registered with Raymond James Financial Services in Fort Lauderdale, Florida (2013). He was previously registered with Walnut Street Securities in Fort Lauderdale, Florida (2011-2013) and Ameriprise Financial Services in Plantation, Florida (2006-2011). He has passed two securities industry examinations: Series 66 (Uniform Combined State Law Examination), which he obtained on August 17, 2006, and Series 7 (General Securities Representative Examination), which he obtained on September 6, 2006. He is currently not registered with any state or firm.

According to his BrokerCheck report, he has received one pending customer complaint and was discharged from his former employer in connection to alleged rule violations.

END_OF_DOCUMENT_TOKEN_TO_BE_REPLACED

Publicly available records provided by the Financial Industry Regulatory Authority (FINRA) and accessed on May 3, 2018 indicate that California-based StockCross Financial Services broker/adviser Herbert Voss has received resolved or pending customer disputes. Fitapelli Kurta is interested in speaking to investors who have complaints regarding Mr. Voss (CRD# 1014475).

END_OF_DOCUMENT_TOKEN_TO_BE_REPLACED

Publicly available records provided by the Financial Industry Regulatory Authority (FINRA) and accessed on April 11, 2018 indicate that California-based Centaurus Financial broker/adviser James Davis has been involved in resolved or pending customer disputes. Fitapelli Kurta is interested in speaking to investors who have complaints regarding Mr. Davis (CRD# 1530880).

James Davis has spent 31 years in the securities industry and has been registered with Centaurus Financial in San Francisco, California since 2006. Previous registrations include Securities America in San Francisco, California (1990-2006); Royal Alliance Associates in Jersey City, New Jersey (1989-1990); Integrated Resources Equity Corporation (1987-1989); Financial Planners Equity Corporation (1986-1987); and Cypress Capital Corporation (1986). He has passed three securities industry examinations: Series 63 (Uniform Securities Agent State Law Examination), which he obtained on March 23, 1987; Series 7 (General Securities Representative Examination), which he obtained on July 19, 1986; and Series 24 (General Securities Principal Examination), which he obtained on April 16, 1987. He is a registered broker and investment adviser with two US states: California and New York.

END_OF_DOCUMENT_TOKEN_TO_BE_REPLACED

Public records published by the Financial Industry Regulatory Authority (FINRA) and accessed on March 1, 2018 indicate that Tennessee-based Merrill Lynch broker/adviser George Todd has received a pending customer dispute. Fitapelli Kurta is interested in hearing from investors who have complaints regarding Mr. Todd (CRD# 1206553).

END_OF_DOCUMENT_TOKEN_TO_BE_REPLACED

Publicly available records provided by the Financial Industry Regulatory Authority (FINRA) and accessed on October 23, 2017, as well as a news report published on October 12, indicate that former New York-based Fortune Financial Services broker Michael Giokas has been the subject of customer disputes and was recently arrested on fraud charges. Fitapelli Kurta is interested in speaking to investors who have complaints regarding Mr. Giokas (CRD# 1398674).

Michael Giokas has spent 30 years in the securities industry and was most recently registered with Fortune Financial Services in Clarence, New York (2013-2017). He is the founder of Giokas Wealth Management in Williamsville, New York. Previous registrations include Comprehensive Asset Management and Servicing in Williamsville, New York; Securities Service Network in Knoxville, Tennessee; Linsco/Private Ledger Corporation in Boston, Massachusetts; Guardian Investor Services Corporation in New York, New York; FSC Securities Corporation in Atlanta, Georgia; and Cigna Securities. He is currently not registered with any state or firm.

According to his BrokerCheck report, he has received two customer complaints.